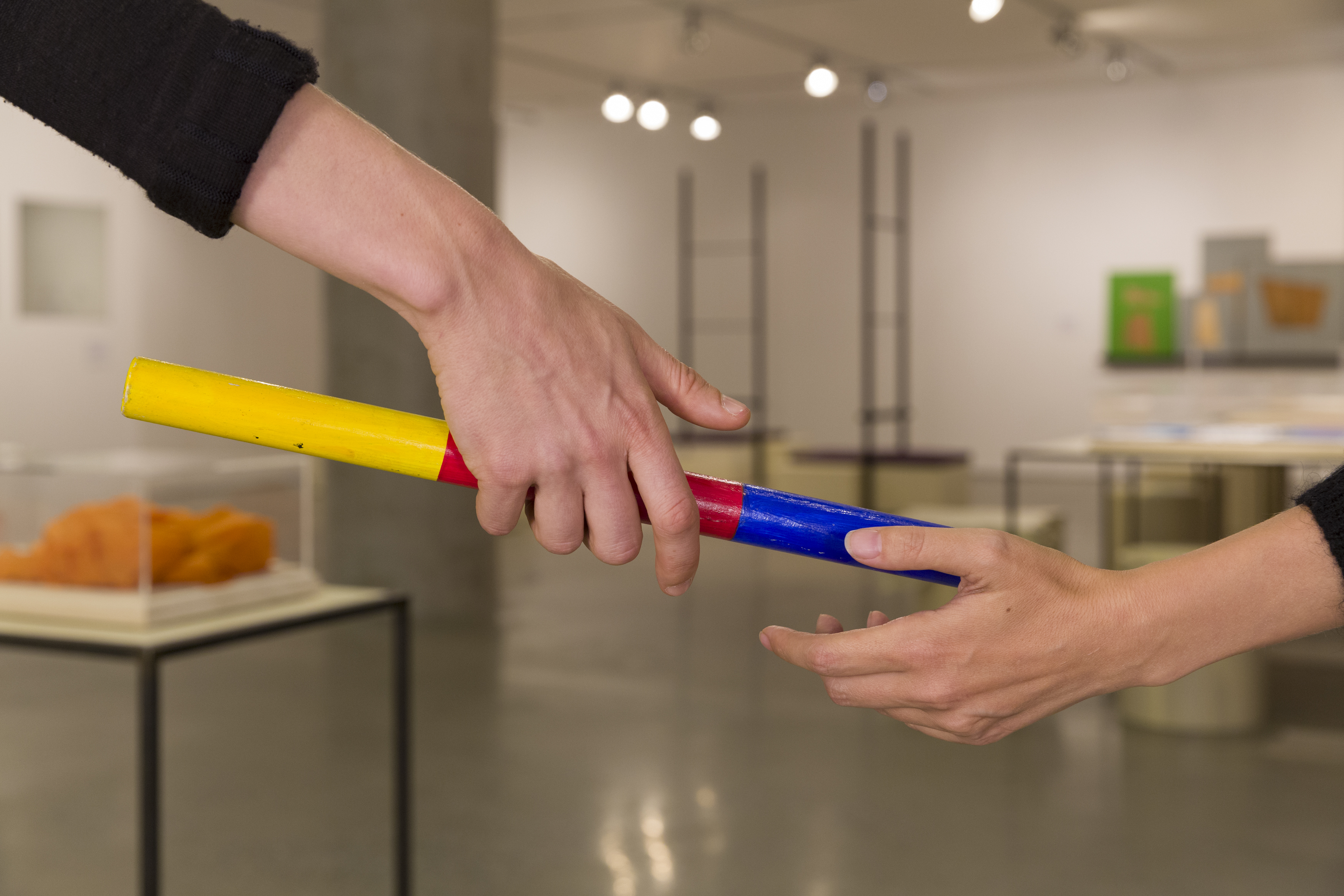 According to the artist, a functional tricolor talking stick could be made by anyone “out of a cylindrical piece of wood, fifteen inches long and between one and three inches thick, and painted with five-inch yellow, red, and blue bands (with red in the center).” His prototype is shown here, as Ryan encouraged people to make their own Threeing sticks. Ryan described Threeing in this way: “The person who holds the stick speaks while others listen. By holding a particular color on the stick, the speaker indicates that he is speaking in a particular role. [...] Just as training wheels help one learn to ride a bicycle, so the tricolor talking stick helps people to learn Threeing. Once people learn to change roles without confusion, the training wheels come off, the stick discarded.” 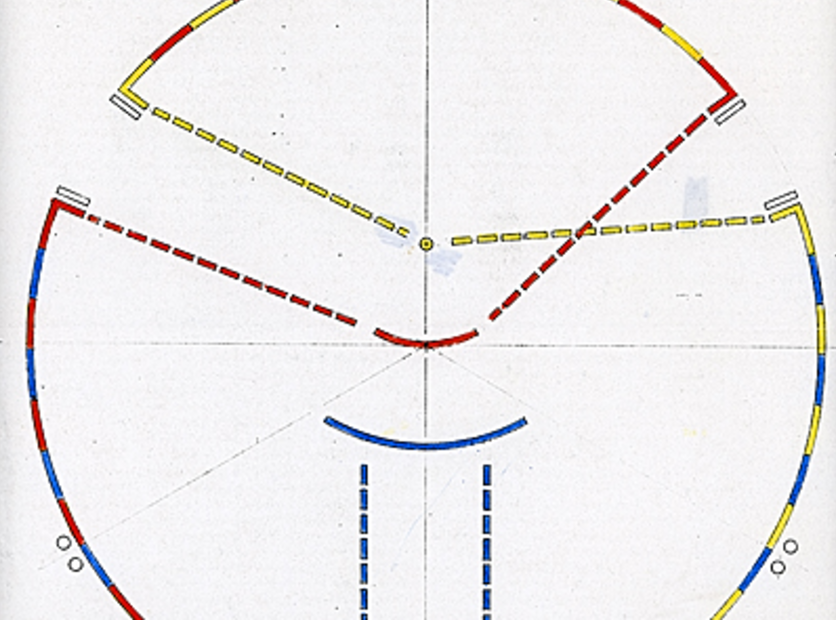 Paul Ryan was a video artist, writer, teacher and theoretician. Ryan was a member of the Raindance Media Collective as well as a contributor to the historic video journal Radical Software. His codification of the concept of “Threeing”--situations in which three or more people create sustainable, collaborative relationships--found sculptural expression and experimental use in multiple communities. The process developed in videos in which three people took turns playing three different roles; initiator, respondent, and mediator.